Throughout history and beyond, there has been a relentless stream of musically prodigious acts in almost all disciplines, and the field of music has in no way been lacking. Beethoven himself was said to have composed the Ninth Symphony at the age of nine while floating in a lake. That is not strictly true,* but more of a literal misunderstanding of the scene towards the end of Immortal Beloved. Yet it proves the point that some of the legends surrounding musical giants are allegorical; the truth is harvested from the cocoa tree of reality, crushed and fermented by the dual catalysts of 19th century sensationalism and controversy, roasted by flamboyant business acumen and finally undergoing the conching process of time. The result is a smooth and tasty confectionary that does not at all resemble the hard, bitter pod of its origins.

Anyway, many of these super-human feats by musicians are indeed true, or in the case of earlier, un-verifiable-by-NASA generations, generally unprovable to not be true. People can be clever sometimes, and so I don’t doubt the plausibility of something like (W.A) Mozart’s transcription of Allegri’s Miserere after one hearing. 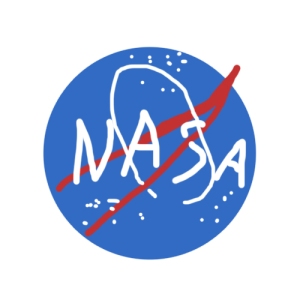 However, in 2006 I was reading the Alan Walker biographies of Liszt and as one can probably imagine, here was a composer whose reputation was built on much Paganini-esque mystique.

Yet among it all, an incident recorded herein caught my doubt and curiosity. Strangely it was not regarding Liszt whose accounts and legends troubled me so, but one of his students, Ernesztina Kramer (1864-1936). Thanks to our friends at The Internet, here’s the account in question:

Of special interest are the recollections of Ernesztina Kramer, who was Liszt’s student for three years from 1882 to 1885. Ernestina had been an infant prodigy, and by the time she was ten years old she was a student of Erkel at the academy. The day dawned when she, like others before her, was introduced to Liszt. He asked her to play something, and since she had been specialising in the music of Schumann, he suggested one of the latter’s sonatas. Nervous and trembling, the poor girl lost her composure and started to play the sonata a semitone high. Liszt did not interrupt her, but let her continue in the wrong key to the end of the piece. The girl then noticed what she had done and cried out: “My God! How unfortunate I am! I can play anything in any key, and that is what happened here.” Liszt consoled her and said: “My child, thousands would be happy to be so unfortunate” (1997, p. 297, Walker).

While this is a throwaway anecdote tangentially related to a man who frequently imbibed from his well-stocked cellar of anecdotes, this raised a lot of questions. Here are some doubts I’ve been festering for the last six years:

Anyway those are the bulk of my concerns. Could something like this really happen? Put it this way: I’d happily believe it if she trounced into the room, sat down at the piano, spat heavily and quipped “Pick a piece, Monsieur Liszt. And while you’re at it the key too.” People are clever sometimes, we’ve established that. But generally not simultaneously clever and yet blundering along with massively fundamental and basic mistakes and then not even recognise the resultant phenomenal feat as anything other than ‘misfortune.’ It seems such a talent is negated by a lot of weirdness about the situations.

One other thing. It seems that alternative explanations either partially or completely discredit her story, there’s no realistic, middle-ground explanation. To wit:

The Idealist says: Ernesztina’s account is true and she was raised by a wild pack of absolute-pitch-hating wolves in order to develop her abilities. And then rescued by another pack of relative-pitch hating wolves to repress them. It has been known to happen.

The Optimist says: Ernesztina could play transpositions intuitively, but on this occasion did so deliberately and only pretended it was a mistake so as to appear humble.

The Pessimist says: Ernesztina went and learned the Schumann sonata a semitone higher. Then pretended she believed it was a horrible upsetting mistake/curse so Liszt wouldn’t make her try it in other keys to verify her talent.

The Cynicist says: It probably didn’t happen at all. Aaaaand there’s no evidence other than a self-account. But if there’s one thing to be gleaned from history its that people don’t ever lie about themselves.

Are there other considerations missing? I’d certainly like to know! Of course, humans are capable of spontaneous transposition and even more amazing things, but if they’re talented enough to do it subconsciously, they should probably also have the much lesser observational abilities to be able to realise they’re doing it. And even if not, to recognise or have been told at some point it’s more of a super-power.

Well, now I feel somewhat bad that I’ve stayed up to 1:30 am to rant about and criticise the account of a long-dead woman I’ve never met who left no discernible mark on the world save a paragraph in Alan Walker’s biography about someone else. However, she can rest easier knowing that now when people google “Ernesztina Kramer” (with the quotations) they’ll get a third result. Thousands would be happy to be so unfortunate.