So I have some scotch… Quite good scotch too, of the Signet variety (Glenmorangie) and from a much beloved birthday present-er. In the past I’d encountered the Blue Label of Johnny Walker though was not really ready for it and with this bottle I have become accustomed to drinking it what they call ‘neat,’ that is, straight up with no ice.

Happy New Year to all readers! By the way.

It draws close to midnight and amidst a bundle of other more-productive things I think there is some correlation between writing on this blog and my positive mental state. I don’t know why exactly, though it could probably be to do with being a source of tangible creative output and a thinly veiled outlet of frustration in all things music. It has been an odd sort of past 20 days full of lots of sub-standard writing ideas and pondering fascinated-ly over overly topical stories. But each voice should be its own, and if I may quote the much-loved Ives:

…[one should break away] , when necessary, from easy first sounds, or afraid of admitting that those half-truths the come to him at rare intervals, are half-true; for instance, that all art galleries contain masterpieces, which are nothing more than a history of art’s beautiful mistakes (Essays 97).

Bleak. But go on, give him a clap. 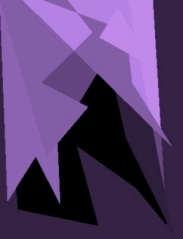 So we’ve discussed whisky and Ives (are people not mostly liquids?), I also wanted to cover bleach. Bleach is a fascinating substance we are all taught to fear from birth, like a wrathful deity able to drain the very colour from our lives. It must be pacified with abundant offerings of diluting water before it deigns to use its powers on our mould/staining issues without retribution. The bleach currently in my storage cupboard makes different demands however. It refuses to do anything in the presence of water, which makes me slightly apprehensive, but we have a jolly old time, my bleach-god and I; painting the house and furniture in concentrated goodness, hand-in-hand from room to room until the coughing fits start. Bleach is magical.

Furthermore! We can all look deeply forward to the first ever Semantic Marmot Guest Post in the coming days.

Thank-you for bearing with this outburst.

Well. That was a poor effort. I’m going to bed.