To set the mood:

Good. Now that’s out of the way, to provide a bit of explanatory background…
.
It was the heat of the Moroccan summer. We were in Casablanca, heading for Milan. The plane was waiting on the hot tarmac, after a cramped bus ride. Fortunately the plane air-conditioning wasn’t working, and we had for company a family of four somewhat screaming children. There was a not-remarkable delay sitting in the cabin, but soon* we were on our way to the take-off strip. The runway if you will.
*relatively
.
I grabbed her hand as I am want to do during take-off and landing. The plane began to accelerate, faster and faster. We were about to lift off; starting to experience that surreal weightlessness when suddenly we began to slow down again. It took twenty minutes to limp back to the tarmac. The crew said nothing beyond that there was a technical error. 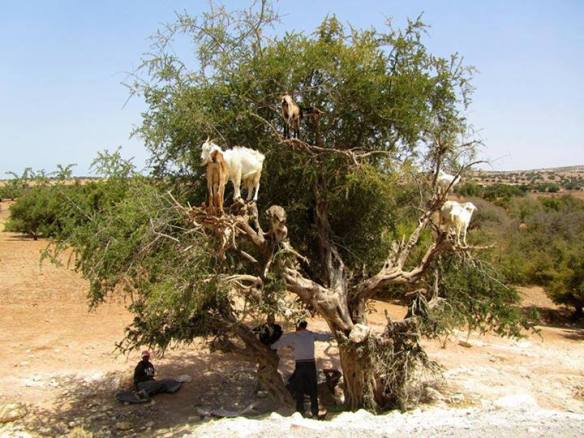 The Moroccan version of Newton’s realisation-of-gravity story is a lot more colourful!

The air-conditioning was still not working, which didn’t really matter as we were only a few degrees away from being at the closest possible point on Earth to the sun. We stayed there for three hours in that orange heat. The children grew ever more unruly and it was only later on finally leaving the plane that we were able to survey the true extent of their damage: including the floor of the plane covered with the shattered remnants of those airline safety cards, torn to shreds among a coating of various food crumbs. A coating we too shared. A rebellion was quelling among the passengers and various factions were forming, but before a coup could be attempted the crew announced the problem had been fixed, or that they were going to ‘risk it.’
.
In any case, it was a major fault with an engine that had to be solved because there were no other planes available and I admit it was not the most comforting experience re-lining up again to take-off. Having survived, Bonnie asked me to write this poem in the car in Milan, my normally illegible handwriting kept rigorously in check by the gloriously cool climate and surprised relief at not going down in a big fireball as I calmly expected.

Moroccan cats have genetically evolved to maintain their kitten form well into adult-hood. This leads them to become world-weary and apathetic towards human-cat interaction.

P.S. I completely understand that some countries have chaotic traffic/driving as the encouraged standard, usually with appalling fend-for-yourself conditions. However, perhaps the strangest thing about Casablanca was that the roads and lanes were exquisitely well-marked and signalled, yet everyone disregarded this and drove around like it was American Civil War Reenactment In Socks Night at a museum of waxed flooring.