As you may or may not have judged from previous shark posts I have plenty of rational fears, but it turns out I also possess just a single member of the irrational variety: Balloons. 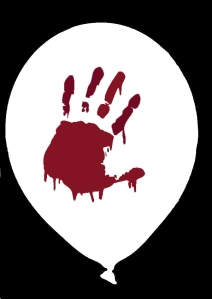 As far back as I can remember I’ve never been too comfortable around anything that has considerable amounts of (stored) potential energy, whether it be champagne bottles (pre-un-corking), gas cylinders, even everyday objects like unopened carbonated bottles or deodorant cans. It also applies to heights if there’s a good possibility of falling (gravitational potential energy), and for some reason I always gravitate precariously towards the very edges I’m trying to avoid. And of course this includes spring-loaded mechanisms, though more of the industrial sort.

This in itself is quite reasonable and rational, I assure you, as these things can dramatically release their stored energy at the slightest change of temperature or as the result of a feather-light touch or for no perceivable reason at all. So they are to be treated with suspicion. 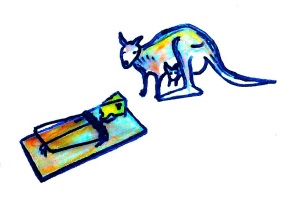 But the balloon is a special case. Although probably scoring quite low on the ‘lethality’ spectrum of stored energy devices, they nevertheless remain my biggest irrational fear. Let’s look at the evidence. The typical balloon is designed to:

In short, balloons are designed to explode and encourage people to make it happen. Not like fireworks (where one hopes the operator knows what they are doing and requiring a ignition catalyst anyway) but like cheerfully coloured land-mines for the claw-like mitts of reckless and careless individuals often below the criminal age of responsibility. Hell! They even bite them! *Shudder*

There must be far stricter limits regarding these time-bombs; restricting maximum inflation, increasing handling-age requirements, and lowering the allowed blood-alchohol toxicity of attending adults. Also all balloons should be securely attached to a surface at least two meters above the ground, and may never be handed in their singular form to minors.

Anyway, that’s my irrational phobia, and I swerve like there’s no tomorrow when I see a pram with a toddler attempting to strangle a balloon with its python-esque grip. 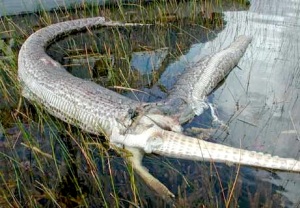 It just doesn’t end well for anyone involved

Toasters vs. Sharks… Their complex relationship has been hinted at both in documentaries and articles, with the outcome generally being that toasters are considered the more dangerous of the two. Statistically this is correct… Let’s assume the above sources are accurate; a global maximum of 15 fatal shark attacks per year compared to 300 fatal toaster ‘incidents’ per year (down from 3000 when first introduced!). It is therefore evident that you are at least twenty times more likely to die when pfaffing about in the kitchen, or wherever you keep your toaster: I won’t really judge you on this.

But I am uneasy with this statistic for a number of reasons: 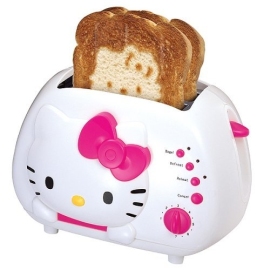 Kitty of the Apocalypse

Point Four interests me particularly. While there are no accurate figures of populations for any shark species (many are endangered or threatened and numbers have generally been declining over the last hundred years) and with great white estimates alone ranging from hundreds to thousands,  I did manage to find some toaster statistics: 15.3 million made in 2006 (an increase of 3.38% from 2005). Apparently toasters also last six to eight years and that means those made in 2006 are probably still around, so this cumulates (with the respective increases) to about 99.9 million toasters in the world. I would say that is a very conservative estimate, as this figure would only provide one toaster for every three people in North America alone. 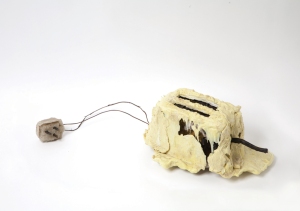 Anyway, that is all fine and dandy. What about dangerous shark populations? Considering the species depletion and that most sharks need to be adult and over 2 metres to be a general ‘threat’ I can only guess wildly that maybe the number would be somewhere around a million. Probably more, possibly less.

For the purposes of this totally inaccurate and non-scientific study, that means toasters outnumber sharks a hundred to one. Therefore if you matched the toaster and shark populations, both at say 100 million and assumed fatality frequency was proportionate, sharks would then be responsible for 1500 deaths a year; five times that of the toaster.

Of course, this is highly unlikely because if shark attacks were that high I’m sure there’d be a much greater human aversion to being in their environment; causing a corresponding decrease. But you know, that’s logic for you. 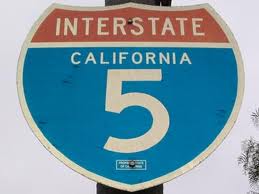 “Five times that of your toaster”

Similarly, time spent around/using toasters are subject to debate (Point Seven). Is it unreasonable to say that everyone who has a toaster uses it? However, not everyone has access to shark-infested water (which admittedly, is most water), the ability to swim in it, the time to go to it regularly, and the fundamental desire to go in it. If we assume a toaster is used once a day for 3 minutes (18 hours and 15 minutes a year) you would also have to clock up the same amount of annual risky swimming time for the comparison to be fair, and no, this does NOT mean you can be behind shark nets either, or take other protective measures. You wouldn’t wear insulated gloves and a rubber suit when handling toast now would you? Being in the natural environment is essential! (Though if you do use a fork to get things out of an operating toaster, it might also stand to reason that you should do your swimming in a seal costume and around the RING OF DEATH off Seal Island) Also, you can use your toaster anytime, but in some parts of the world people can only feasibly swim in the summer months, translating around an hour a week in the summery third of the year to offset your toaster-time.

I doubt this is realistic in general; obviously the actual number varies dramatically from person to person as it is often a lifestyle factor. Let’s say the average person spends two hours a year in the ocean (on a suitable equatorial holiday or something): nine times less than required. If there’s a correlation that would mean shark attacks would leap to 136 a year, reaching almost half the toaster-death amount. 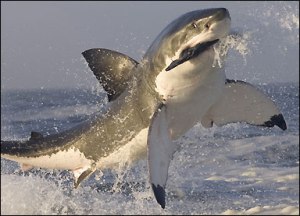 AND IF WE COMBINE THESE TWO FACTORS….

Also bear in mind that these are just the fatal attacks. According to the above sources, fatal attacks are only around 17.6% of documented ‘attacks’ and this would cause 76 500 people to find themselves in some sort of uncomfortable sharky experience. (255 times more likely than their toaster-death scenario)

The moral here is: If you want to compare toasters and sharks and how big a threat they pose to humanity, make sure they exist in similar numbers and we use/annoy them to similar degree. 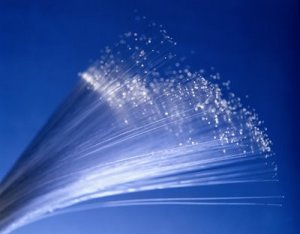 If comparisons of such statistics are ignored then it is possible to come up with all sorts of obscure or misleading truths that provide both a false sense of security in situations of actual danger, while simultaneously managing to inspire a paranoid approach to everyday activities and objects that becomes the daily sensationalist ambrosia of the trash-media.

That said all the above calculations are scientifically useless. So, you know, ignore them. 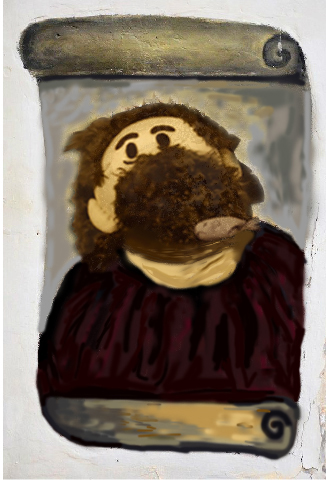 Christmas came early for many on the internet when Cecilia Gimenez took her brush to Elias Martinez’s Ecce Homo, apparently out to prove the semi-motivational saying by Calvin Coolidge:

Nothing in the world can take the place of persistence.

Talent will not; Nothing is more common than unsuccessful people with talent.

Genius will not; unrewarded genius is almost a proverb.

Education will not; the world is filled with educated derelicts.
Perseverance and determination alone are omnipotent.

If it is true that talent, genius and education overpopulate the world like three hermaphroditic bunnies in a pit of pheromones, then Gimenez must be quite a rarity! Still, on the upside she has ironically and inadvertently sky-rocketed the original, her restoration, Martinez and herself to global recognition, doing much to enhance the posthumous reputation of the artist, as well as providing a seemingly endless source of humour and brightening many days. Is that not art having value anyway? I’m certain many artists have dedicated their lives to making such a controversial artistic splash.

To this end, the Cecilia Prize was opened just last week encouraging people to submit their own restorations of the work. I could not resist and admit when I saw Gimenez’s attempt I was instantly struck by a certain likeness which I exploited, many thanks to the Potter Puppet Pals. Who are incidentally on tour somewhere. No, I don’t know where.

MJ, now there’s a good name for a lot of pets. Mostly solitary ones, such as cats or axolotyls or brown spaniels. A pet you would sit down with at night by the fireside and say: “I just don’t know sometimes MJ” while shaking your head sadly at your scotch. A good listening pet, hence and/or despite the solitariness.

But, although they possess an excellent sense of hearing, bats are not appropriate for this title because they are most active at night, are a swarm animal, perch* out of reach, emit constant screeching noises as a way of seeing and boast a veritable buffet of diseases.

I was reading about sea perch yesterday. Most enjoyable. They reach maturity between 20-40 years of age and can live around 150 years. You can even get them in the Faroe Islands, where in fact they’re on postage stamps!** 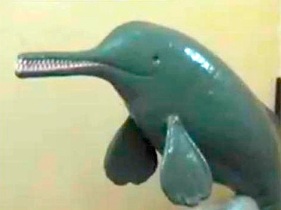 Not even a real Dolphin.

I digress. What about dolphins? It is true that the name “MJ” does seem to fit as they can hear and emit ridiculously high frequencies of clicks and whistles. However, they also use this primarily to locate their prey (porpoise purposes!), especially the Amazon’s Ugly River dolphin, and you couldn’t normally get a fireplace and dolphin in the same room. You’d need an aquarium like in Free Willy (only the first one – not 2: The Adventure Home, 3: The Rescue, and 4: Escape from Pirate’s Cove). Also they breathe by conscious effort and could commit suicide  if they chose, so depressing them with worldly troubles may not be such a grand, yet self-pitying sort of idea.

Gosh. The Free Willy sequels are remarkably generic! Number four was made in 2010. According to the following basic quadratic function Number Five is due three-quarters of the way through 2025. 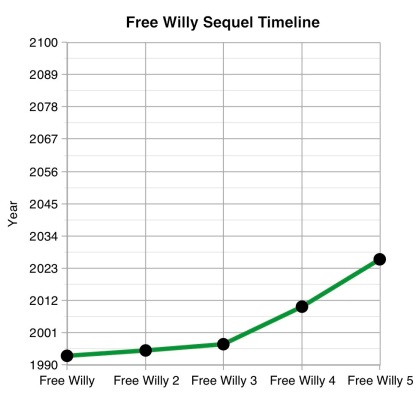 Also according to this equation, we can expect that in 3000 AD, Free Willy 20: Corporate Whore will emerge on to the big screen, no doubt with it’s usual acclaim.